Hello again! Sorry for the radio silence, I was in Finland for a couple of weeks.

Today I’ve been working on some toast UI. When the player encounters a new control or button input, I need to break the fourth wall for a bit and show it – along with a diagram of the controller – so noobies can have a look at the pad and work out what to do. It’ll probably only appear a few times as I introduce the main UI screens, but it’s been on my “Nice to have” list for months.

Rather than draw a load of new decorators and joypad diagrams, I’m using the set from here: https://thoseawesomeguys.com/prompts/ There’re clean, used in loads of games, and feel fairly familiar. Can recommend. 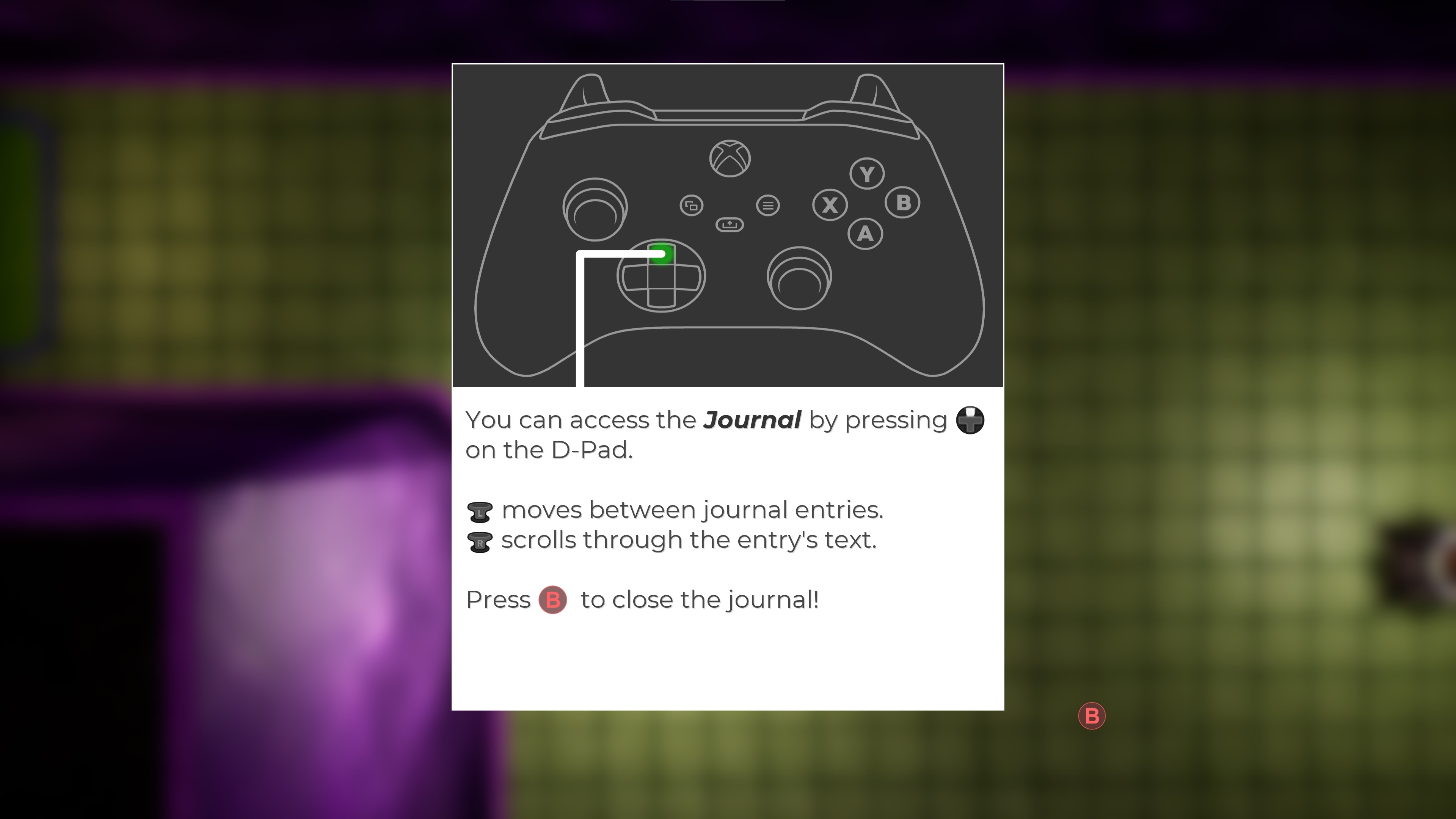 In terms of code, there’s nothing to support follow-on actions from dialog statements, or even indicate that, hey, this is the point where I want you to show that special-case UI, so I had to find a clean-ish way to implement it.

What I’ve ended up with is a broadcast delegate, in the game-mode, that statement dialogs can optionally trigger when they transition out. When the player collects a new inventory item – most likely the point where I’m unlocking new “stuff” on the joypad that I need to explain – I can flag if the generic statement dialog should trigger the broadcast event.

I’m using a placeable blueprint actor to catch the event, as the only thing I need to explain in the current build is the Journal. I need to think of clean ways to explain the Inventory Screen, Quick Inventory Wheel, Map and System Settings, but I think I might use pickup-items for those, as well. Dunno. Depends on if I can think of anything funny.

Phil gave me a big update to the overworld music, so I normalised all the files and imported them into the build. It’s sounding great!

I’ve had placeholder images in the Journal since I made it, so today I started taking grabs and prepping some better images for the early quests. I don’t know if these are final, but they’re better than the doodle that’s been in the journal up to now.

Adding images uncovered a comedy bug: although I’m sorting journal entries so completed quests appear at the bottom of the list, for some reason, the images remain in their FIFO order. I missed something obvious when I did the sorting thing, but I’ll fix that tomorrow. 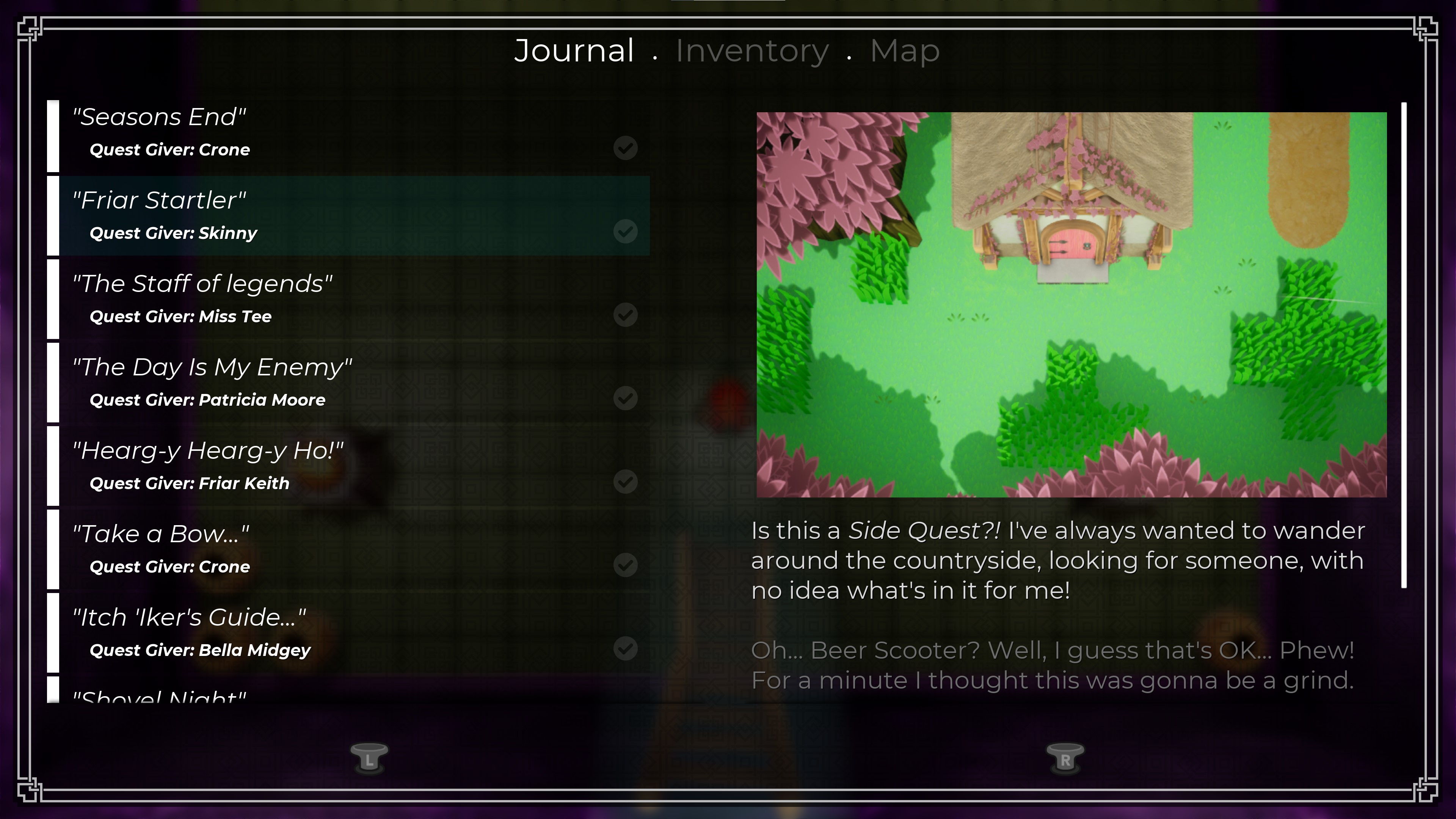 I have automatic barriers in the dungeons that raise and lower on a switch, and I noticed it’s possible to stand on them as they raise, and get stuck. At worst this is a blocker-bug, so I needed to find a nice way to fix it.

I thought I’d be lazy and change the collision from a box to a pointed hat, in the hope that the player’s capsule would slide off as the barrier slid up. In practice this didn’t come anywhere close to doing what I hoped, so instead I’ve added a TeleportSmoothly function to the player character. This does a quick slide from the current transform to a new one using a Timeline in the Blueprint. It’s entirely visible to the player and not covered by animation, but whatever. It’s a game, and this is a save-your-bacon kinda thing, so I don’t think anyone’s going to care.

When I made the gameplay tease, back in Feb, I was a complete dumb-ass. Half the footage was recorded interlaced, and the output was 30fps. Well, today I worked out how to make sure Resolve’s timeline is 60fps, so most of the day was spent capturing gameplay, and making a new gameplay tease!

I also prepped a build, for a thing...

The thing! I’ve applied to Epic for a Mega Grant. Can’t see me getting anything, but you know, if you don’t ask. It took a while to fill in the form, but it’s done! Now to wait for 90 days.

Downloaded UE5, made a copy of the old UE4 project, uploaded that baseline to my Perforce server, labelled it, and started on the migration. I won’t get that finished this week, in fact, I’m away tomorrow, but I’m hopeful that I can be back up and running by this time next week. 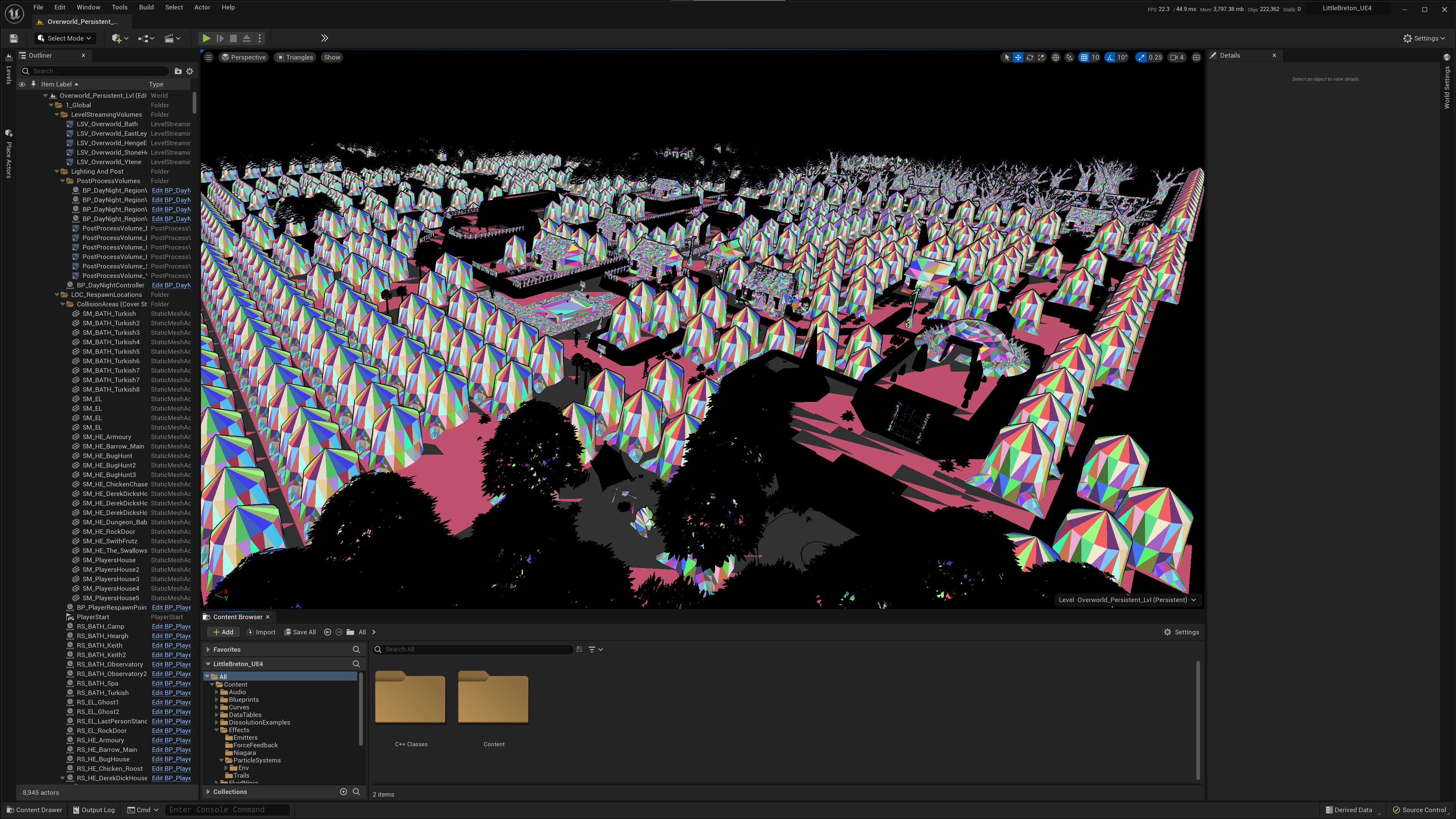