Mostly stuff that I did a while ago, where the modules have been deprecated/replaced. I knew this was coming, they were b0rked in 4.27.2 as well.

This breaks the cloth sim, and all the destructible props, so these need to be recreated. Fortunately, there aren’t many instances, but it’s still a bit annoying. Amusingly, the ole PhysX plug-in is enabled, but the ApplyDamage functions are compiled out of preview build Epic shipped, which makes it completely useless.

A few things are out of focus, but I think I can tweak the filmback settings to be a little less aggressive.

Looks like one of the master materials is included in the pass, where it wasn’t before? Should be an easy fix.

There’re a few minor bugs, here and there.

I also converted my levels to World Partition, to see how this affected things. It works, kinda, in the sense that I can convert everything, with a few fix ups, but it’s a bit useless because the resulting maps aren’t merged.

I think this is the single biggest issue to make a call on. Level Streaming is going the way of the Dodo, but will it go before I ship? My world is built with the assumption that an entire area’s content – including dynamic actors – will stream in and out. I even use the level blueprints of each zone to do setup and tear-down. In theory that could be merged into a single “overworld” controller-type-thing, but it wouldn’t be a quick job. I have no idea how this would affect NPCs, but I’m guessing it would have some edge cases with AI not starting up, or missing some events.

I think, having poked around with this a bit, that I’m going to stick with the existing level streaming setup and ignore world partition until I’m forced to move over.

Preview 1 is very, very close to good enough for me to make the jump, but there’re some performance issues in the editor that have put me off. I’m going to see what the next version is like, but it’s good to know I can probably make the jump and be back to where I was after a couple of days work.

I spent a couple of hours working out how the code module system works and split out the UtilityAI I’d written for Maenhir into a module that I can re-use in other projects. This is now nestled in the thing I’ve been using as a teaching example, for testing.

To be honest, I probably should have learned how to use modules ages ago, if only for compilation speed, but every day’s a school day.

The biggest issue I had was linking errors. Couple of things here

Anyway, crisis averted, and I now know how to use modules properly.

The rest of the day was spent modelling some clothes for Bob Thwarter.

One of the oldest placeholders in the game has finally been replaced. Bob Thwarter is in. Hard hat, dungarees, and all.

Made a couple of quick and dirty animations for the dialog and got everything in the build.

I think that leaves one male NPC in the game that doesn’t have a model atm. So I’ll probably knock that up next week. 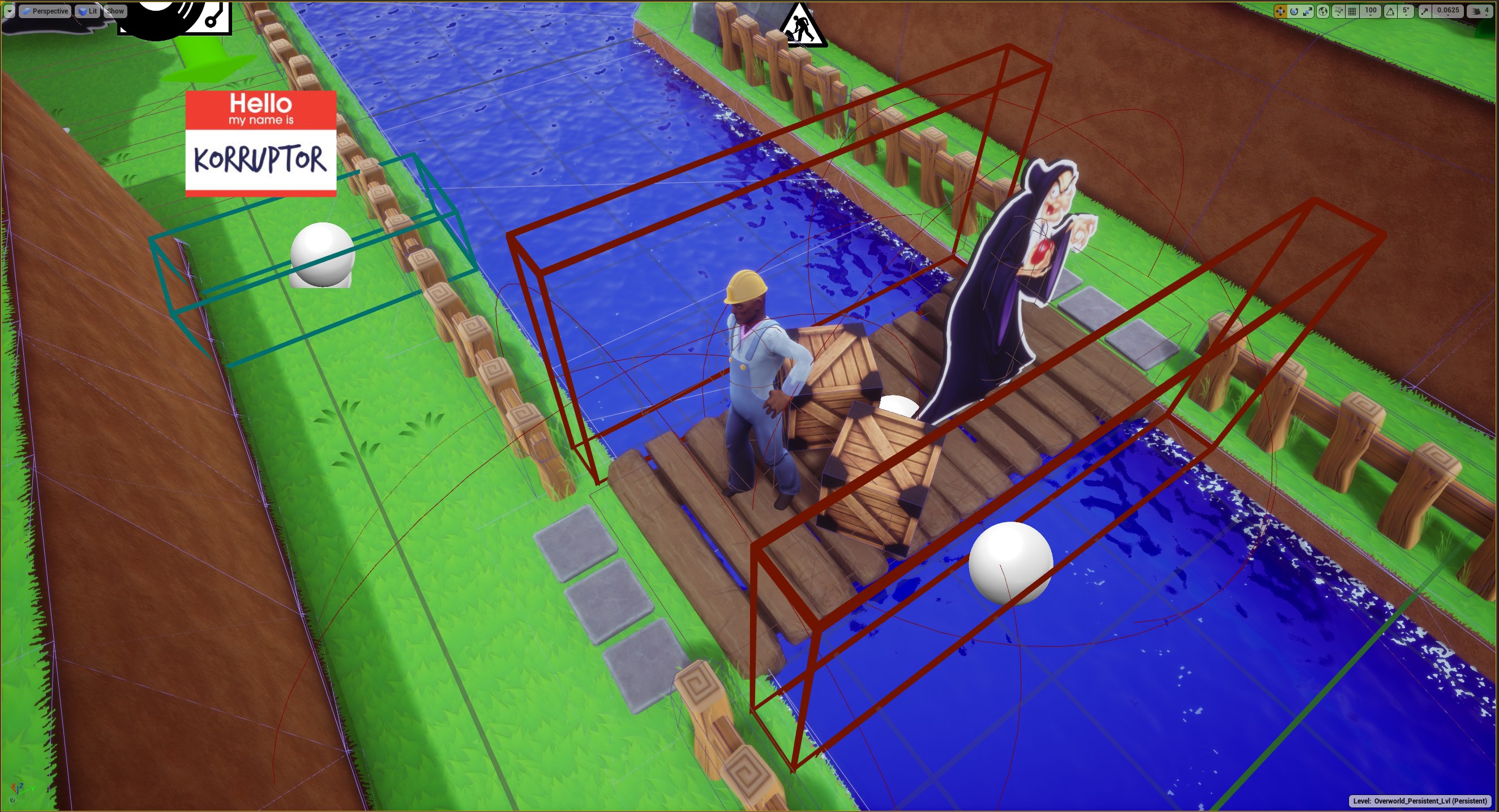