A day of two halves:

The first, spent entirely on the level sequence to open the barrow in East Ley. I’ve got a bit of camera work and a lot of Niagara effects chained up, and it’s starting to come together.

I’m keeping it fairly loose for the time being, as It’ll most likely need dialog, an NPC with anims, and… I’m not entirely sure what I want. There’s probably a larger thing – narrative hook / design call back – that’ll put a bow on it, which will come to me at some point.

The second half, this evening, was an entirely different rabbit hole.

Up to now my camera settings have been a bit of a hack. Odd filmback sensor settings with forced focal lengths, that make no sense in the real world, but do give me an exaggerated depth of field. Basically, so the tops of trees and dungeon walls are out of focus at 16:9/16:10. This used to be a lot easier with the old cine cameras, but since Epic went all real-world for Hollywood, it's a bit of a pain in the arse.

Anyway, what I had was all well and good on my monitor, but broke as the aspect ratio changed, as first spotted by my friends who rock 21:9 ultra-wide monitors. To “fix” it, I put in a function to recalculate the sensor dimensions and fudge the aspect ratio, but it’s always been a bit wrong. This evening I noticed that the character in the main menu was out of focus (just a smidge…) and then I noticed that you can see less of the interiors at 4096x2160…

So I went through every single camera, made each of their sensors 16:9, and worked out focal length ratios for 16:9, 16:10 and 21:9 so you get – as near as damn it – the same vertical view of the world, on each screen type. Wider ratios loose the depth of field, but there's nothing much I can do about that.

I still need to fix the main menu camera, and trap changes to the viewport dimensions so the sensor scaling can be reapplied, of borders put up if you've gone mental, but it's better than it was.

Got the shrine ceremony to the point where I can leave it for a bit. I still can’t decide if I want the stones in the middle to talk to the player, or not, but it doesn’t need to be decided now. I’ll cogitate.

Spent the majority of the day on one of the NPC’s, who’s going to be a recurring character in the pubs dotted about the map. The idea is that’ll he’ll give you little nuggets of wisdom. Or take the piss out of the fact that I’m cutting corners as a solo dev... One of the two. Or maybe both of the two.

Made some hair and specs to sit on Paul’s basemesh, textured it all, rigged it, got it in engine, made a load of materials and new BP’s for the actors placed in world, and then did the first idle animation. 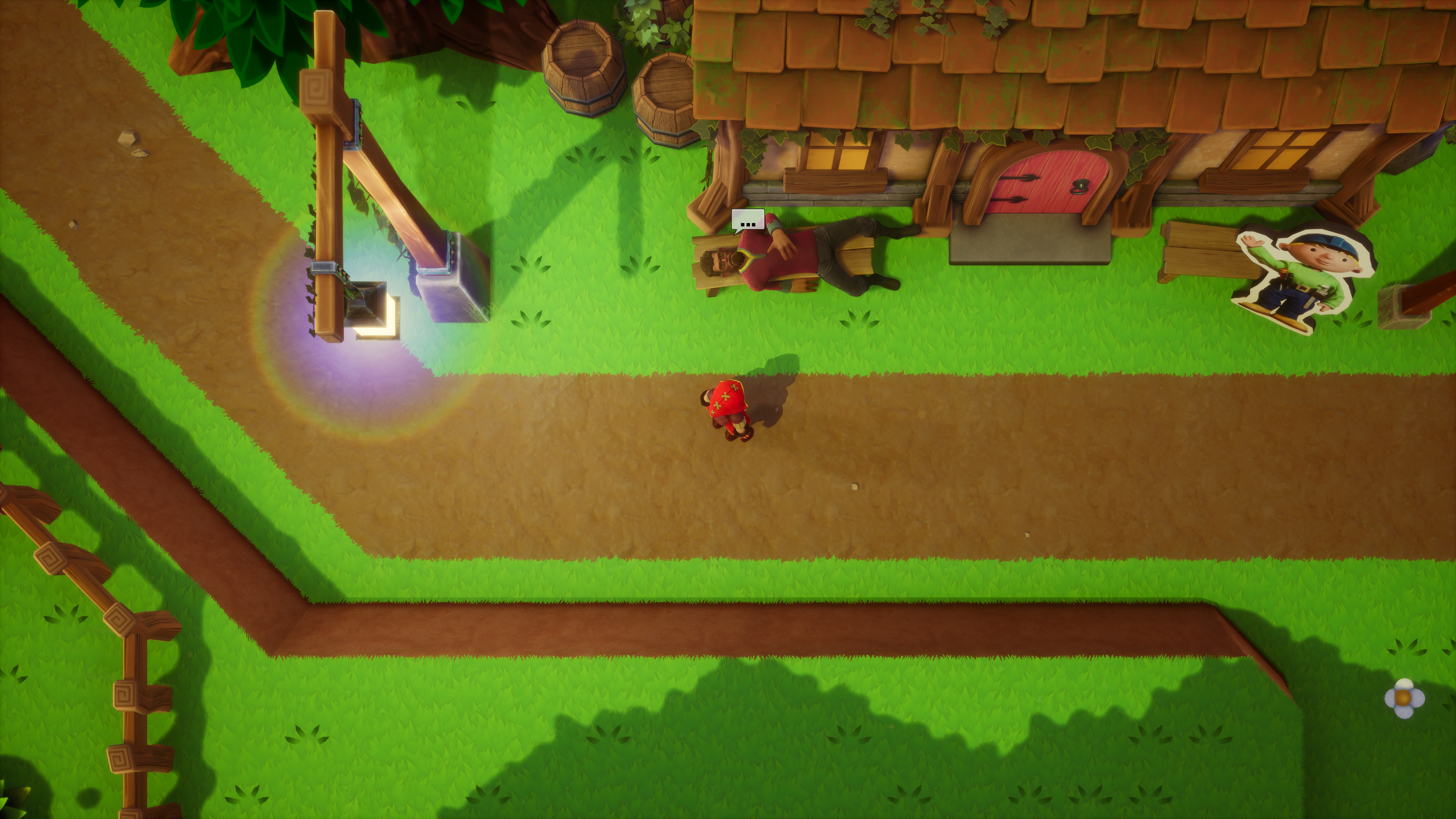 Does dawn on me that I’ll need to make him blink… Which is ok, cos I want to do a whole expression thing on the player character for the two times they ever look in the camera… Ssh now.

On Saturday I need to get my laptop up to date – latest UE, latest Rider -- and sync to my repo. I’m a little twitchy that A) I’ve never actually tried to build the game from a clean sync of the repo and B) my “backup machine” hasn’t been used for dev in months, so it’s not exactly a good hot-swap… :/