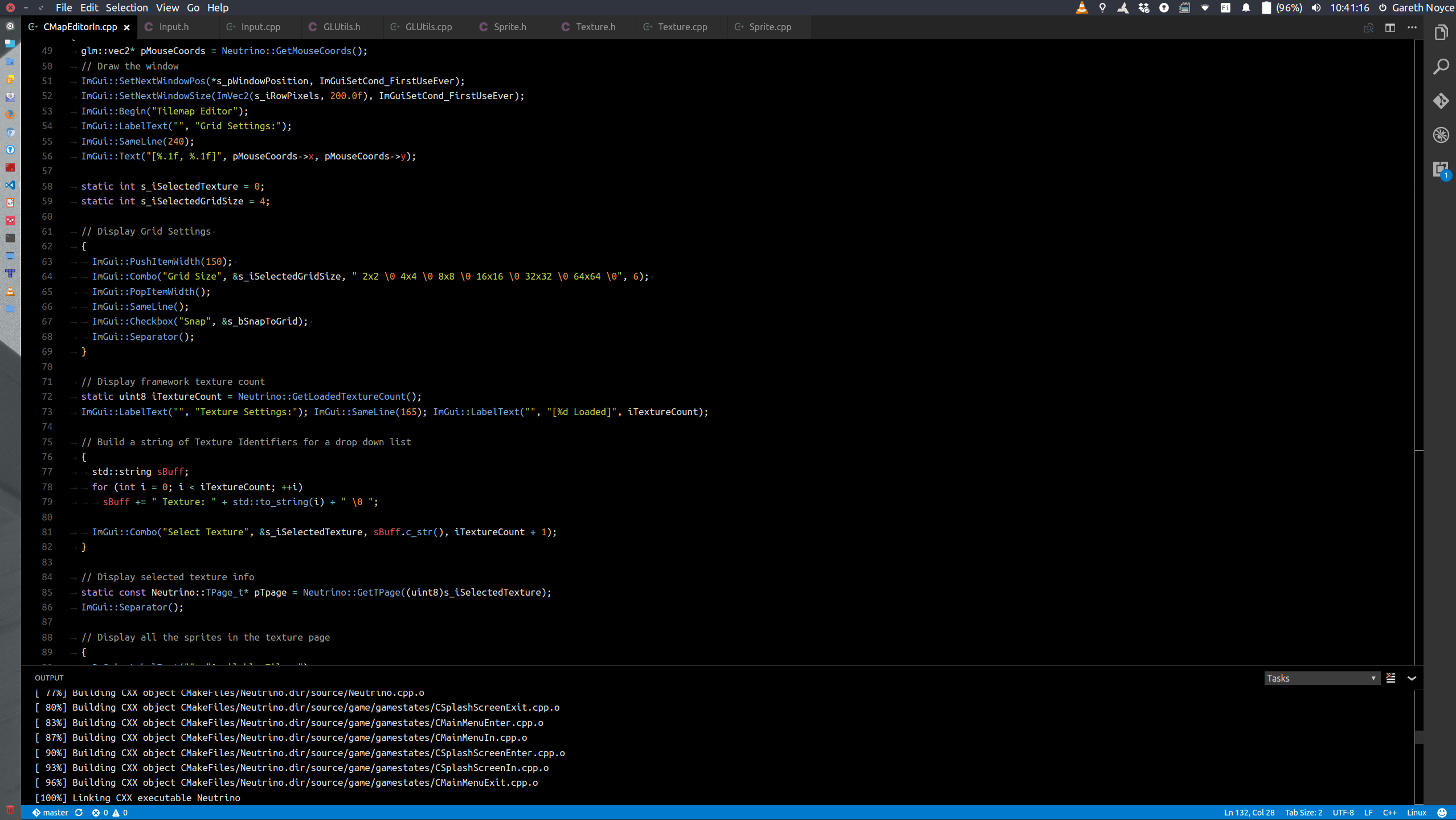 I'm interrupting normal blogging service to give a shout out to Visual Studio Code, on Linux. I was put onto it by one of my students, and I've been running it for the last week as a daily driver when train-coding. And it's great.

Normally I use Emacs or Vim, depending on the mood, and I have done for years, but both of them require a fair bit of setup, and I've always got a second terminal open for compilation / launching the executable.

Visual Studio Code, while not quite as nice as either of those from the text editing pov, is easily on a par with something like Sublime Text, but with a special party trick: it integrates extremely well with GCC & GDB.

You can setup a problem parser, which will grep gcc's output, allowing you to quickly jump to compilation errors, and it'll launch GDB and act as a front-end, allowing you to hover-inspect variables and do all the things you'd expect from a larger IDE.

And it's nippy. Surprisingly nippy. In fact, for C/C++ programming, this has quickly become my go-to editor on Linux. I can heartily recommend it.

If there's one nitpick, it's the lack of horizontal splits. Something Visual Studio seems to be partially allergic to, as well. But other than that, if you're a Linux coder and you want some of the trappings of an IDE, without installing something shit like Eclipse, or slow and lethargic like QT Creator, VS Code is well worth checking out.

And I can't believe I'm saying that.